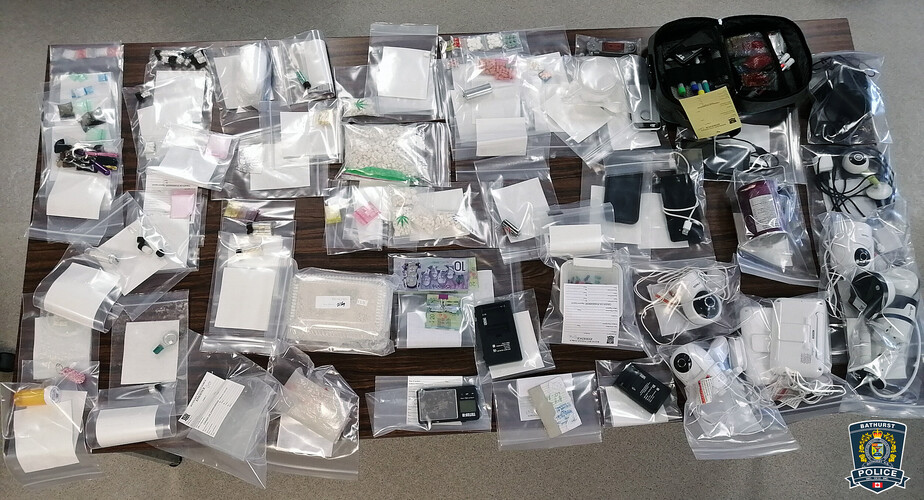 A substantial amount of what is believed to be methamphetamine; cocaine, crystal meth and hydromorphone, along with prescription drugs, were seized.

A man and a woman were arrested at the scene without incident. The woman was released pending investigation while the man was held for court to face charges.

The investigation is still ongoing and additional charges may be laid in the future.