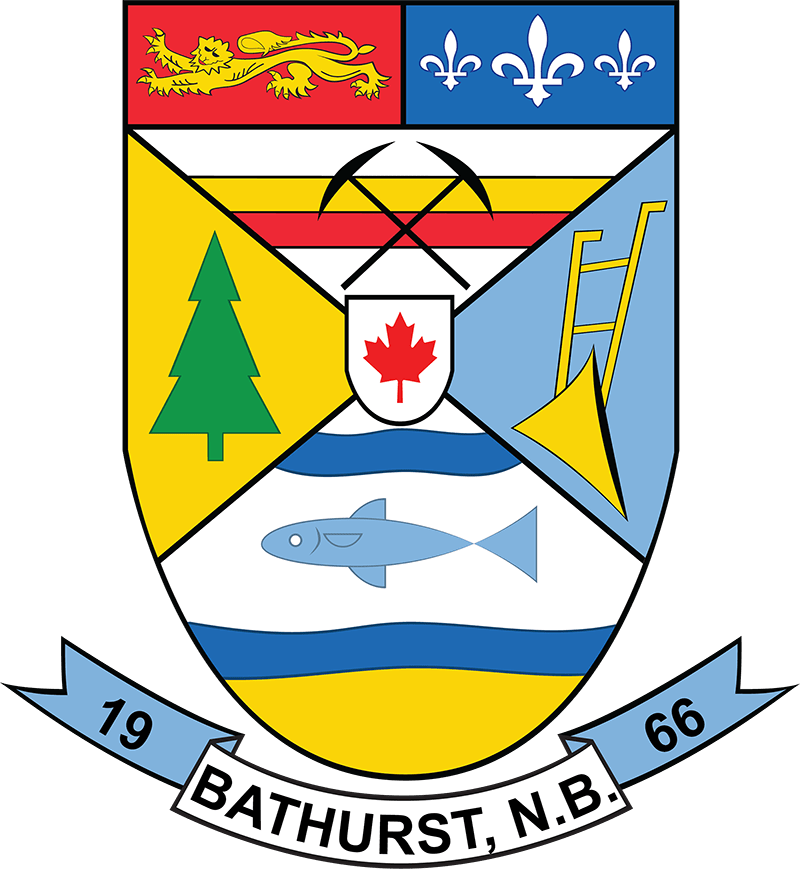 The City of Bathurst Coat of arms outline the historical nature of its population and traditional workforce sectors that had evolved since the arrival of early settlers, namely Jacques Cartier in 1534, through to the 21st century.