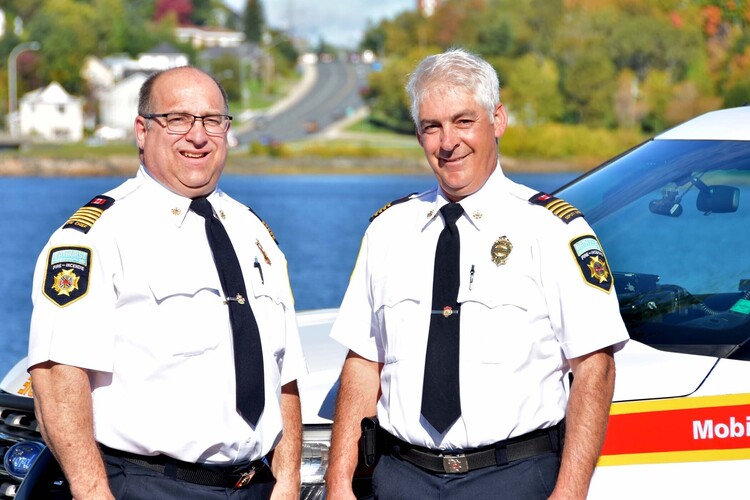 The City of Bathurst announces the nomination of Danny Boucher as new Chief of the Bathurst Fire Department. His nomination coincides with the retirement of Chief Marc Arseneault on October 15th. Boucher was previously serving as Deputy Chief.

“Firstly, we recognize Chief Marc Arseneault for his contributions to the Bathurst Fire Department. Even though he was only with us for just over two years, he was able to share a wealth of knowledge from his previous tenure with the Canadian Armed Forces, as a Firefighter, Inspector and Senior Instructor. That transfer of knowledge was of immense value to us as we continually strive to improve and enhance our service delivery. We sincerely thank Marc for his devotion and wish him well in his retirement”, said CAO Todd Pettigrew.

After serving as a temporary volunteer firefighter since 1988, Danny Boucher officially joined the Bathurst Fire as temporary firefighter in August 1998, then fulltime in September 1999, progressing through the ranks of 3rd Class and 1st Class Firefighter, Lieutenant and Captain. Boucher will assume his new role after serving as Deputy Chief since January 2016.

“I am grateful for this opportunity to serve the Bathurst Fire Department in its highest capacity. Knowing we have a committed workforce, I’ll continue to build on our operational knowledge, understanding that continuous training in updated approaches towards firefighting is the best path forward. That will make our mission of protecting life, property and the environment even more effective”, said Boucher upon his nomination.

“We are proud to announce Danny Boucher’s nomination as Fire Chief. He has grown from within the Department, gaining in-depth understanding and perspective on its operations. His dedication to pursue enhanced training and operational initiatives will ensure that the Bathurst Fire Department will continue to be at the forefront of best practices in Fire Services. We congratulate him on his new opportunity”, said Pettigrew.