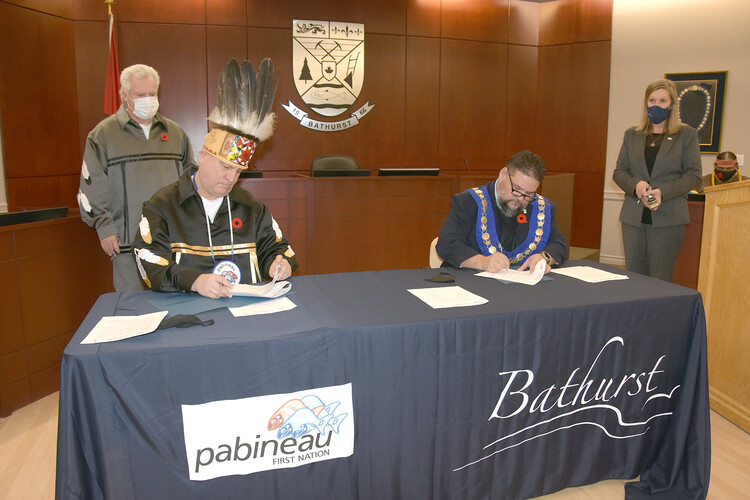 The Pabineau First Nation and the City of Bathurst today signed a Protocol Agreement, establishing a new level of collaboration relating to matters of mutual interest and concern.

"This moment solidifies the relationships we’ve nourished through the years, between Mi’kmaq, Acadians and Anglophones. These relationships are valued as we recognize and embrace each other’s culture, our interests, our common goal of growing as individuals and communities”, said Pabineau First Nation Chief Terry Richardson. 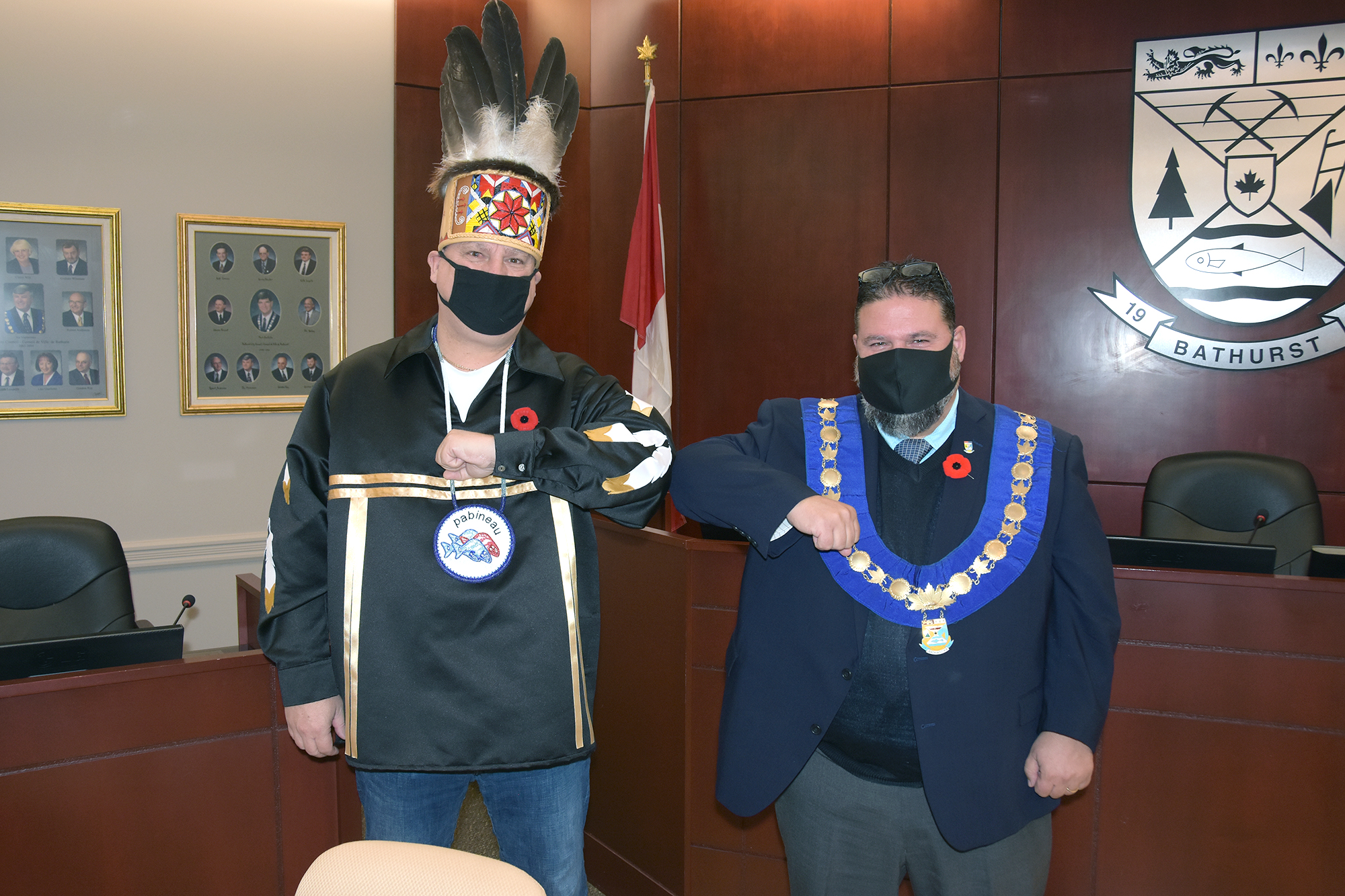 The Protocol Agreement clearly identifies the establishment of a mutually productive relationship based on respect, collaboration and cooperation. It also recognizes that the the city of Bathurst respects and acknowledges that the city resides on traditional Mi’kmaq territory, and respects the Aboriginal and treaty rights of Pabineau First Nation.

The process through which both parties would discuss issues of common interest is also formalized in the Protocol Agreement, such as Economic Development, Cultural Issues, and Tourism. These discussions would occur with leadership of Pabineau First Nation and the city of Bathurst, beginning on an annual basis.

“Much of what is in the agreement was already happening informally, as our relationship is strong and positive. That said, establishing such a clear pathway to collaboration will only further enhance the level of commitment and respect we have for each other. This is an important day for us, as individuals, as representatives for our citizens and as a region”, said Mayor Paolo Fongemie. 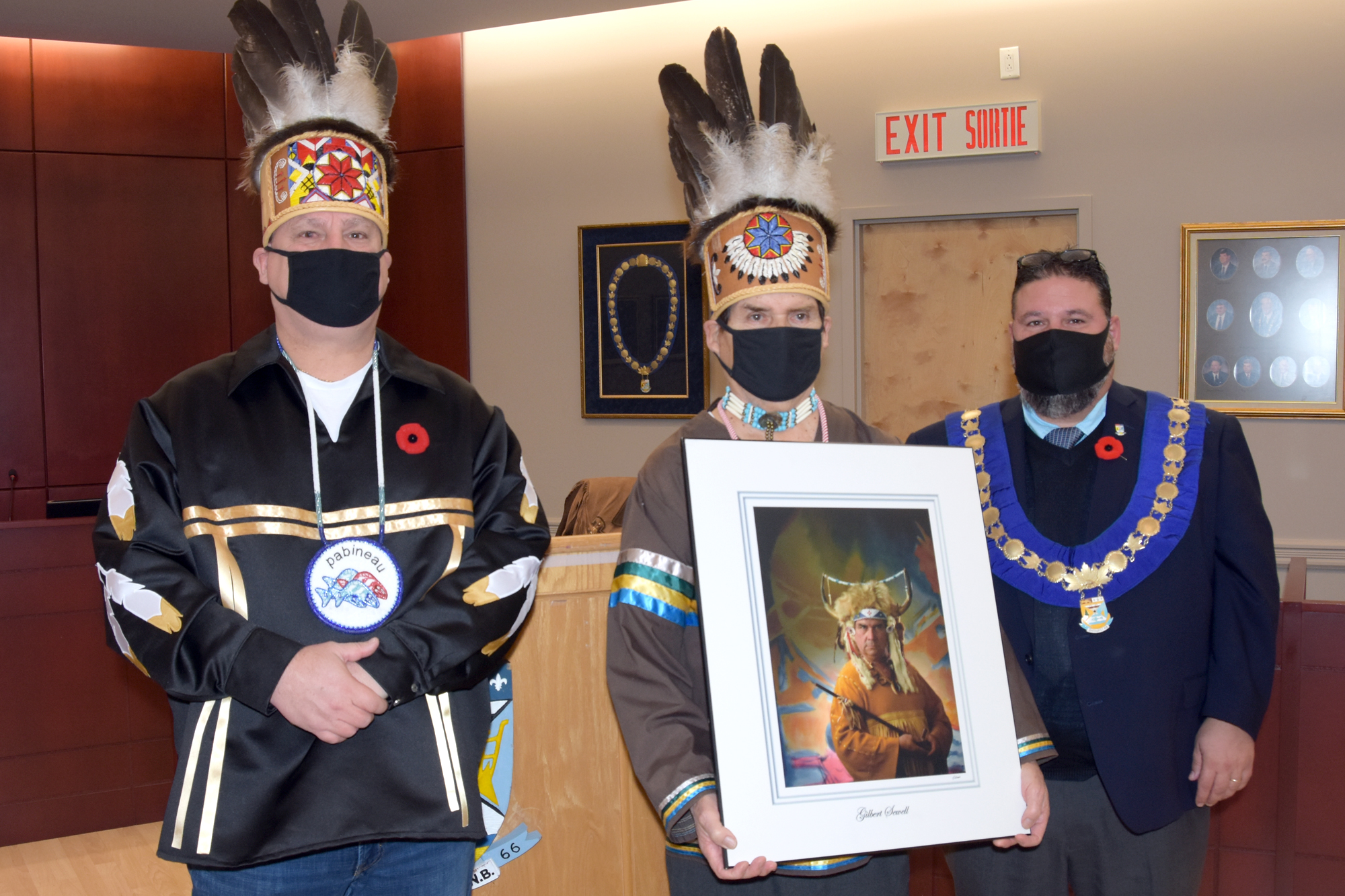 Bathurst Mayor Paolo Fongemie also presented Elder Gilbert Sewell with a framed picture that had been in place at City Hall, as a gift to recognize Sewell’s lifetime contributions at Pabineau First Nation and the Chaleur Region.