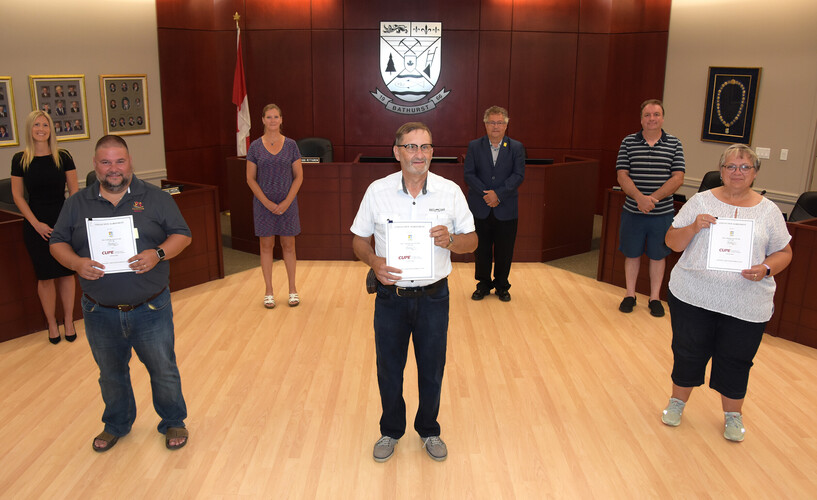 The City of Bathurst and the Canadian Union of Public Employees (CUPE) Local 4632, representing employees at the K.C. Irving Regional Centre, have ratified a new collective agreement.

“We are pleased to have a collective agreement in place with our staff at the K.C. Irving Regional Centre. The negotiation process itself went well, with the complete process taking just over 13 months. In the context of labor negotiations, that would be considered expedient and it showed the commitment of both sides to work collaboratively towards a new agreement. We recognize this positive collaboration and thank the negotiating committee members for their work during this process”, said Bathurst Mayor Paolo Fongemie.

The five-year collective agreement includes wage increases of 1.6% per year over the contract term and enhancements to weekly hours of work, sick leave credits and contributions to RRSP and Life insurance. The last collective agreement with Local 4632 had expired on December 31st, 2015.

“Our representatives worked diligently and collaboratively to reach an agreement that included improvements in both wage and incentives, one that works for both parties. This shows that working collaboratively towards a common goal can produce positive results”, CUPE Local 4632 President David Harquail.